The famous ‘herringbone’ pattern often seen in Harris Tweed® designs has its origins back in the ancient Roman Empire and is inspired by the bone structure of, you guessed it, the humble herring.

The early 19th century saw a downturn in the islands previously buoyant Hebridean fishing industry. The islands collectively grieved a devastating loss of seamen, who were among the first to be called upon as the First World War broke out.

Later, in 1918, there was further upheaval within the islands fishing industry as Lord Leverhulme’s plans for the seas surrounding the Hebrides created waves among residents. His intentions for expanding Stornoway’s port to accommodate landings from larger fishing vessels from all over the country did not float with locals. Lord Leverhulme’s plan would mean a loss of traditions, independence and freedom for fishermen. This strategy, along with a global recession, resulted in the demise of demand for cured herring and forced many island men to return or turn to weaving for the first time.

Harris Tweed® weaving offered them a reliable source of income in uncertain and difficult times. An increase in demand for Harris Tweed® at the turn of the century encouraged even experienced sailors and fishermen into the Harris Tweed® industry, providing them with a livelihood until the call for fishing resumed. 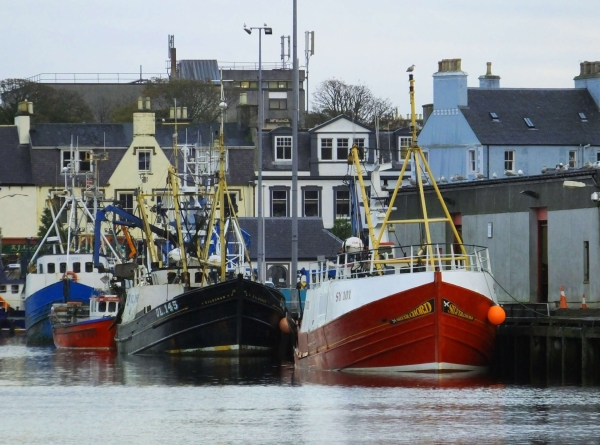