We say goodbye to Daniel Macdonald today, as he returns to the University of St. Andrews to begin the third year of his course.

He had this to say regarding his summer placement: “In my three months at The Harris Tweed Authority I have learned more than I could have possibly imagined. There is so much more to Harris Tweed® than meets the eye, and having worked at the Authority this summer I saw first-hand how broad the influence of the Clò Mòr is.

“What struck me most, however, is that despite the rich heritage and provenance the cloth holds, the place of Harris Tweed® is just as much in the future of British and global fashion as it has been in the past. As we turn our backs on fast fashion and look to a more sustainable future, I have no doubt Harris Tweed® will continue to thrive as a staple of the industry for years to come.”

Daniel, who began his student placement at the end of May, was a fantastic addition to the team and we will miss his cheerful and positive presence around the office. All the best! 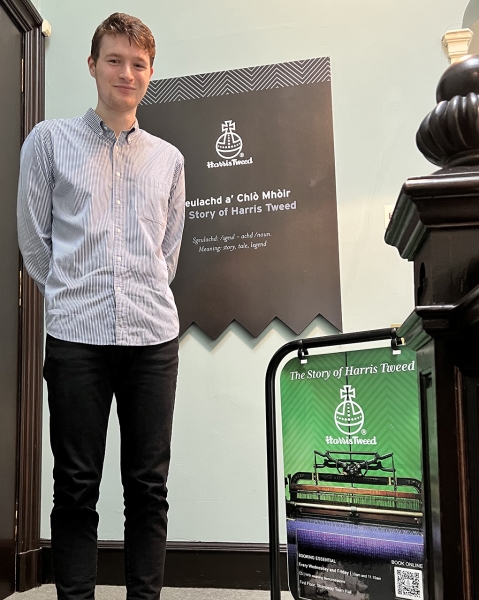 Biddy at the Barber