Hands that Made Harris Tweed®: PART 5

Weaving is like running a marathon. If you want to last the entire day at it, you must go at your own pace. There’s more to it than just peddling. If you don’t start off correctly, if you don’t ensure everything is properly in place from the very beginning, things just won’t go to plan. Inevitably, there will be times when you’ll have to stop and correct something or make an adjustment. But you learn as you go along, and you are always proud to reach the finish line.

Fun facts about Harris Tweed® Weaving:
• Always at home and by hand. Harris Tweed® cannot be woven in a factory or at one of the mills or by a machine, only ever at the home of the weaver by hand.
• There are over 200 Harris Tweed® weavers on Lewis and Harris – some weave for the mills and some weave independently and have their own customers. (See Part 4 of our Series)
• It can take many years to truly master the skill of weaving and the complexity of the loom. An abundance of patience, a watchful eye and a careful hand all goes a long way too.
• The double width loom is the most commonly used type of loom in the Harris Tweed® industry today. It was introduced to the industry’s weavers in the early 1990s.
• There are around 1400 threads on a double width loom, and each one has to be tied in by hand when a new beam goes on!
• The single width Hattersley Domestic Loom was introduced after World War 1, replacing the old wooden hand loom. The Hattersley loom, which is pedalled by foot, afforded ex-servicemen who had lost limbs in the war, the opportunity to earn a living through weaving.
• You can use the Harris Tweed Trail Map to plan a visit to an Independent Harris Tweed Weaver (just be sure to contact them ahead of time). See here: www.harristweed.org/trail 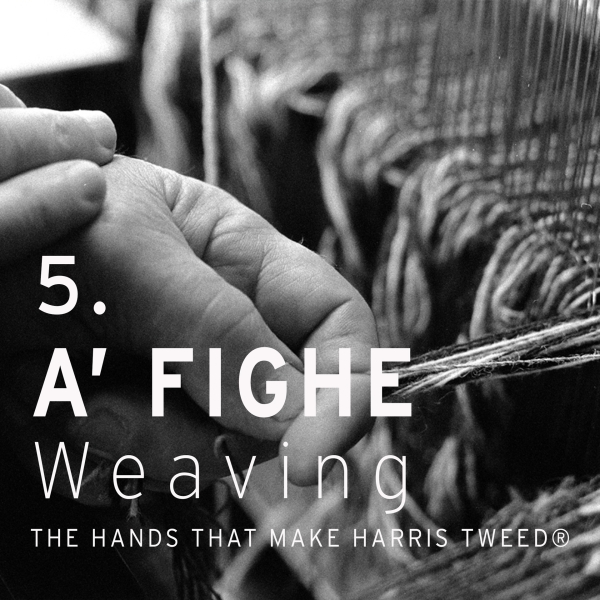