For over 50 years, Ralph Lauren has been the epitome of tailored style, famous for creating elegant cuts and sharp shapes. This year, the Polo Ralph Lauren celebrates heritage fabric with a custom-made Harris Tweed® design running through its Fall collection.

Ralph’s personal history with Harris Tweed® fabric dates back to when he and his brother Jerry first became interested in fashion. As Andrew Craig writes in the most recent RL Mag article, for Ralph it was “‘the famous black-and-white herringbone Harris Tweed® jacket [that] became a foundational element of his wardrobe,’ and for Jerry, ‘It was the era of tweed jackets. There were preppy tweeds of every size and type. It looked great, and it felt great. But when we discovered Harris Tweed®, that was it. It was the most authentic.'”

Craig writes, “Harris Tweed® tailoring has been a through line in Polo’s tailoring offerings ever since, cut into every silhouette imaginable—hacking jackets, sport coats, trousers, overcoats, and plenty more. ‘When I wear a Harris Tweed jacket,’ says Jerry, ‘I feel like I’ve got the real thing. It has the authenticity and the ancestry. There’s nothing else like it.’”

This season’s ‘archive-inspired silhouettes’ (some based on Ralph’s own vintage jackets) centre around ‘heathered earth tones’ in Harris Tweed® fabrics designed specifically for Polo by Harris Tweed Hebrides. 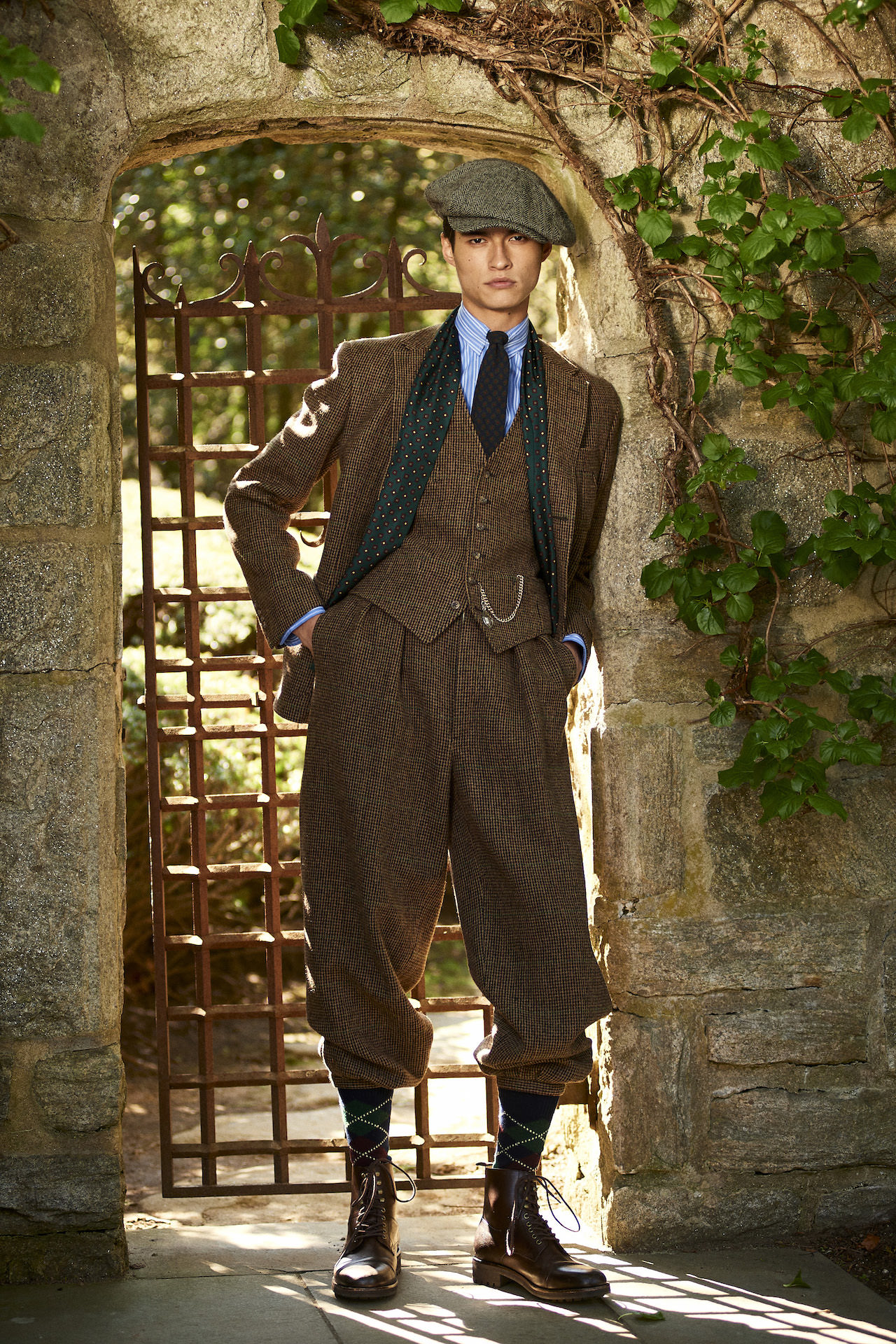 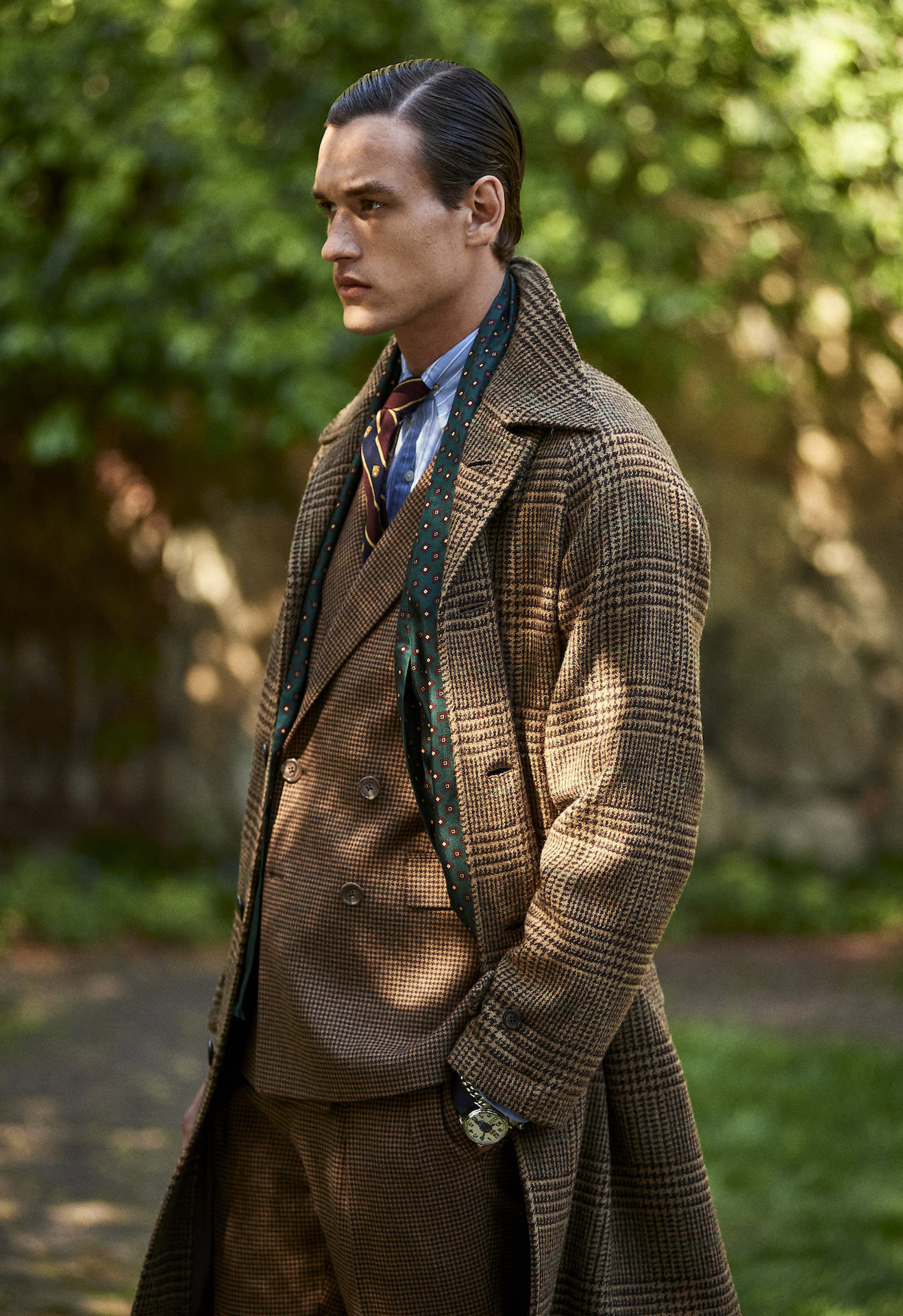 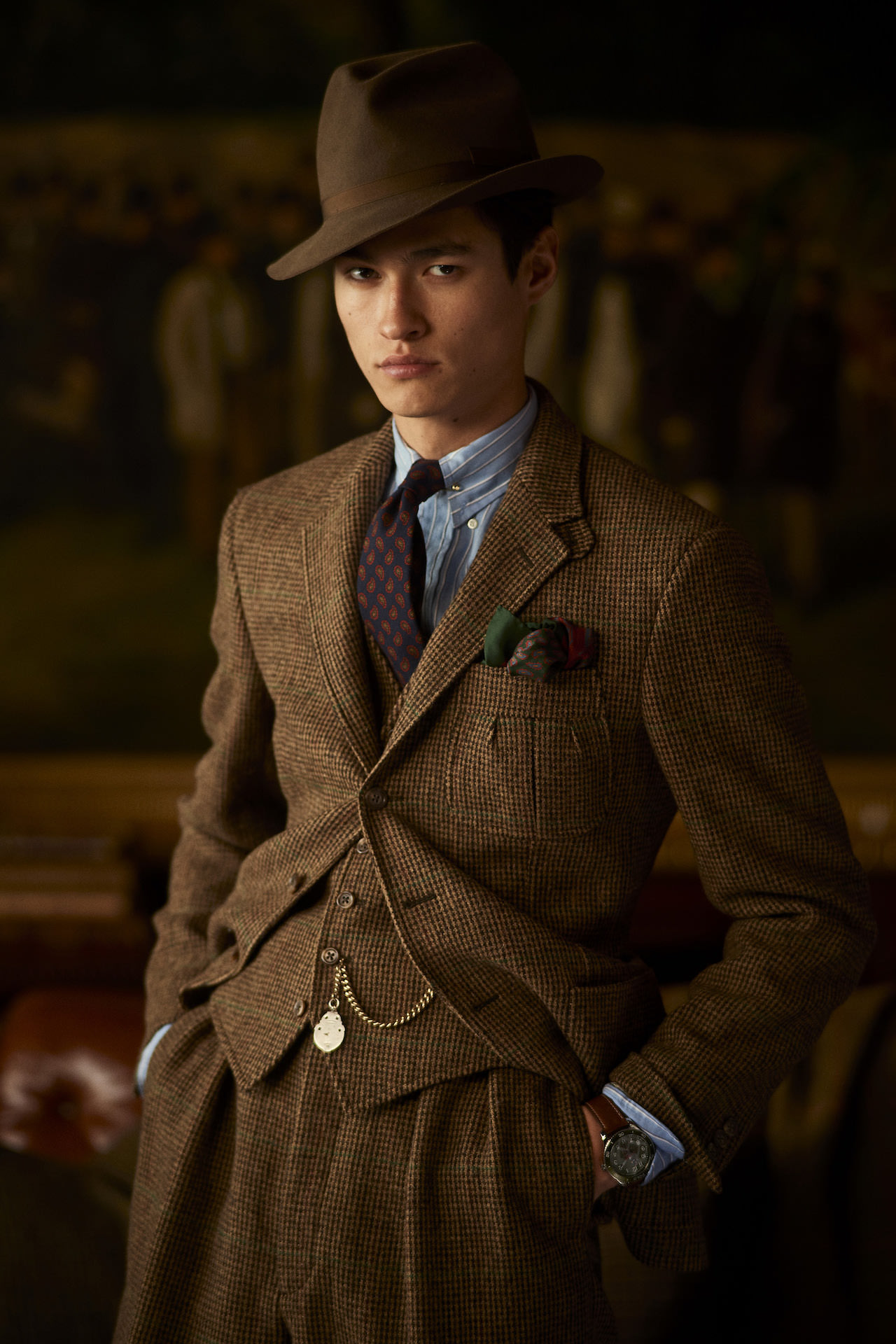