This advert from the archives of the Harris Tweed Authority beautifully expresses some of what we love about the Big Cloth: the world of tradition meeting contemporary design, the old loom loft with the swinging lightbulbs, bundles of tweed and a proud weaver admiring her work of a bold yet elegant piece of retro design that’s never gone out of style.

The advert also describes the legal status of the famous Orb symbol. In 1906, a meeting was held in Stornoway to discuss a system whereby the tweed was inspected and, if passed, given a certifying stamp that would give confidence to the trade and public. In 1909, The Harris Tweed Association Limited was formed to register the famous Orb and Maltese Cross with the words ‘Harris Tweed®’ underneath as a trademark. This certification mark was registered in 1910 and stamping began in 1911.

We’ve gone one step further since that time, when under the 1993 Act of Parliament, the definition of Harris Tweed® cloth under the eye of the Harris Tweed Authority became statutory, forever tying  the cloth to the islands.

This image depicts the famous weaver and designer Marion Campbell at work. 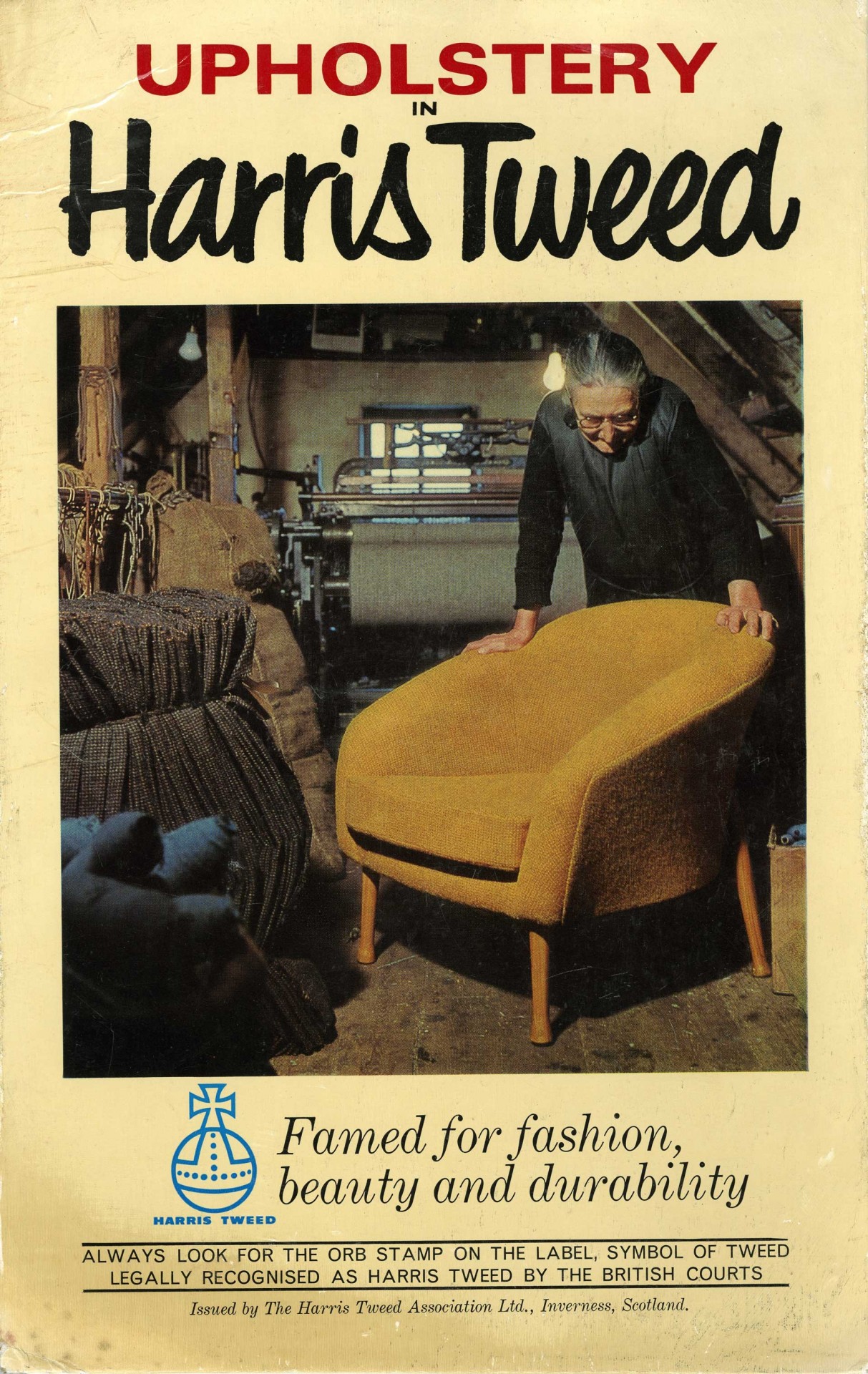 The History of Harris Tweed®